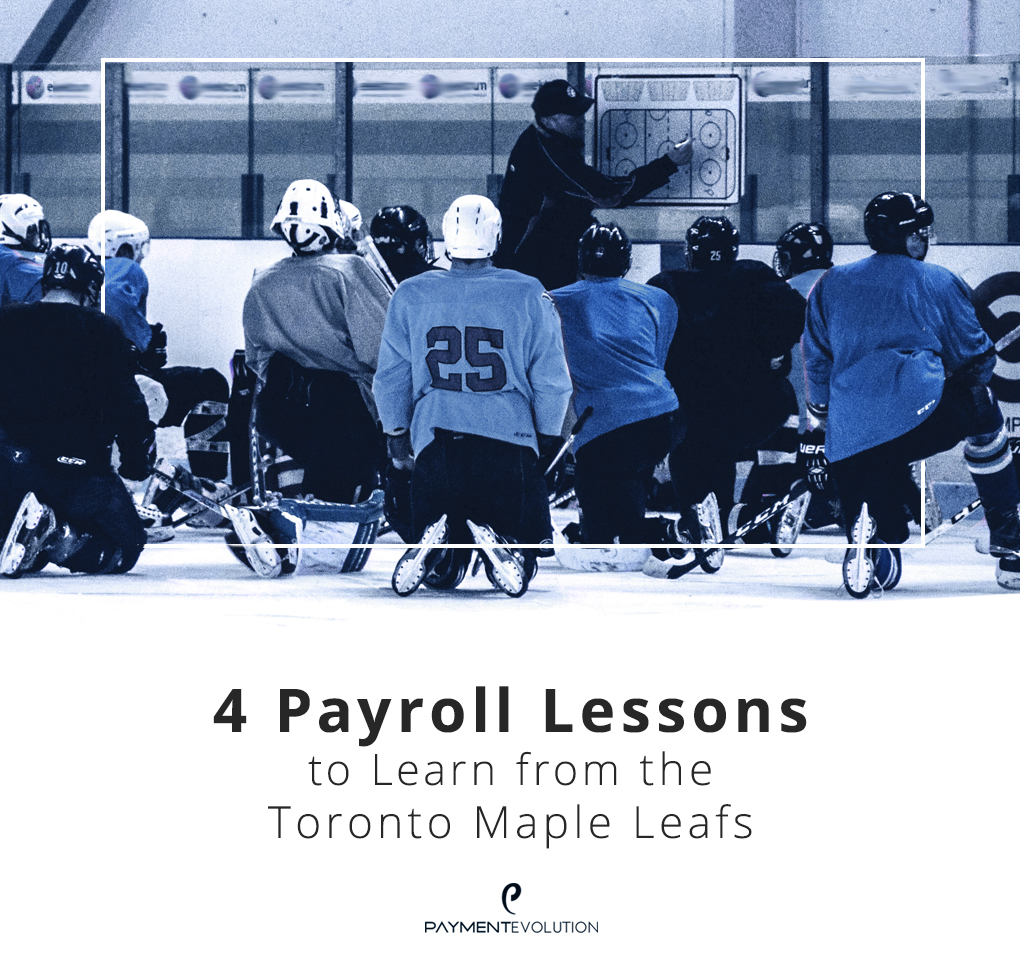 Without top-shelf payroll, most companies can get skated out of the building by their competition.

From utilizing a secure and cost-effective online payroll system and conducting regular audits, to automating processes and improving employee engagement and retention, having an efficient payroll system can give your small business the hard-hitting edge it needs to stick-handle its way to success.

But some of the biggest payroll lessons small business owners can learn from to improve their payroll efficiency comes from the NHL’s second-most valuable franchise, the Toronto  Maple Leafs, who’ve been under major media attention in recent months for their well-covered payroll management issues.

At the heart of it, the Leafs’ payroll issues are no different than any small business owner may face: allocating the right amount of money to the right people the right way to ensure a smooth-sailing ship.

While the Leafs’ top line-winger, William Nylander, is starting to hit his stride in the second year of his six-year, $41.77-million deal, having him join the team so late in the 2018-2019 season caused problems.

Not joining the team until after his contract was signed at the 11th hour leading up to the Dec. 1 deadline, Nylander put up a poor showing throughout the season, totaling just 27 points in 54 games.

While the main deadline was effectively met on Dec. 1, the previous “deadlines” were all missed – July 1st (when his previous contract expired), the start of training camp, and the start of the regular season.

Bottom line is, just like when a small business misses a payroll – often due to a lack of efficient processes or online payroll – it can lead to issues with performance, personnel, and team unity.

2. Misclassifying Employees Can Be Costly

And with $40 million in payroll a year locked up to a quartet of Auston Matthews, John Tavares, Mitch Marner, and the aforementioned Nylander, it goes to show how important classifying correctly can be when some of the top players come under fire from the media for not playing to their full potential.

But miscasting players in their wrong role is no different than misclassifying a full-time employee on your payroll as an independent contractor, which can lead to stiff penalties for a lack of compliance.

3. Not Having an Adequate Backup is Dangerous

The Maple Leafs’ backup goaltender situation has also been no secret to even the casual observer.

Not assigning complete blame on backup Michael Hutchinson, who’s been played on the second half of games on back-to-back nights to start the 2019-2020 season, the Toronto Maple Leafs may not have the adequate backup goal-tending they need to reach their ultimate goal of winning the Stanley Cup. While things can change, it looks like the Leafs need better backup options just like a small business owner does for their payroll. Ensure you have a payroll software and system in place to protect your business in the event that payroll staff are sick or leave, a natural disaster strikes, or your Excel-based manual payroll method breaks down.

So far, the Boston Bruins have had the upper hand in securing most of their big stars on team-friendly payroll contracts while eliminating the Leafs from the playoffs in consecutive seasons.

Meanwhile, the Leafs have spent a ton of money to have one of the top forward units in the league while their back-end defense has continuously come under question as a work in progress.

Like the Leafs, the same goes with managing your payroll. If you don’t have a well-managed payroll, it’ll reflect on your employees’ performance and your ability to build a sought-after culture that thrives. In the end, another business with a better-managed payroll will attract superior employees and customers, putting your business at a disadvantage for growth and gaining competitive edges needed to stay ahead.

Skate Ahead with Leading Online Payroll

Want to ensure your business’s payroll always stays one step ahead of the game? PaymentEvolution’s secure online payroll software helps you meet deadlines, backup data, and best manage your payroll.

Our experts are ready to help every step of the way. Log in to your PaymentEvolution account and check out the payroll link.

Don’t have a PaymentEvolution account? Get started in under 5 minutes.