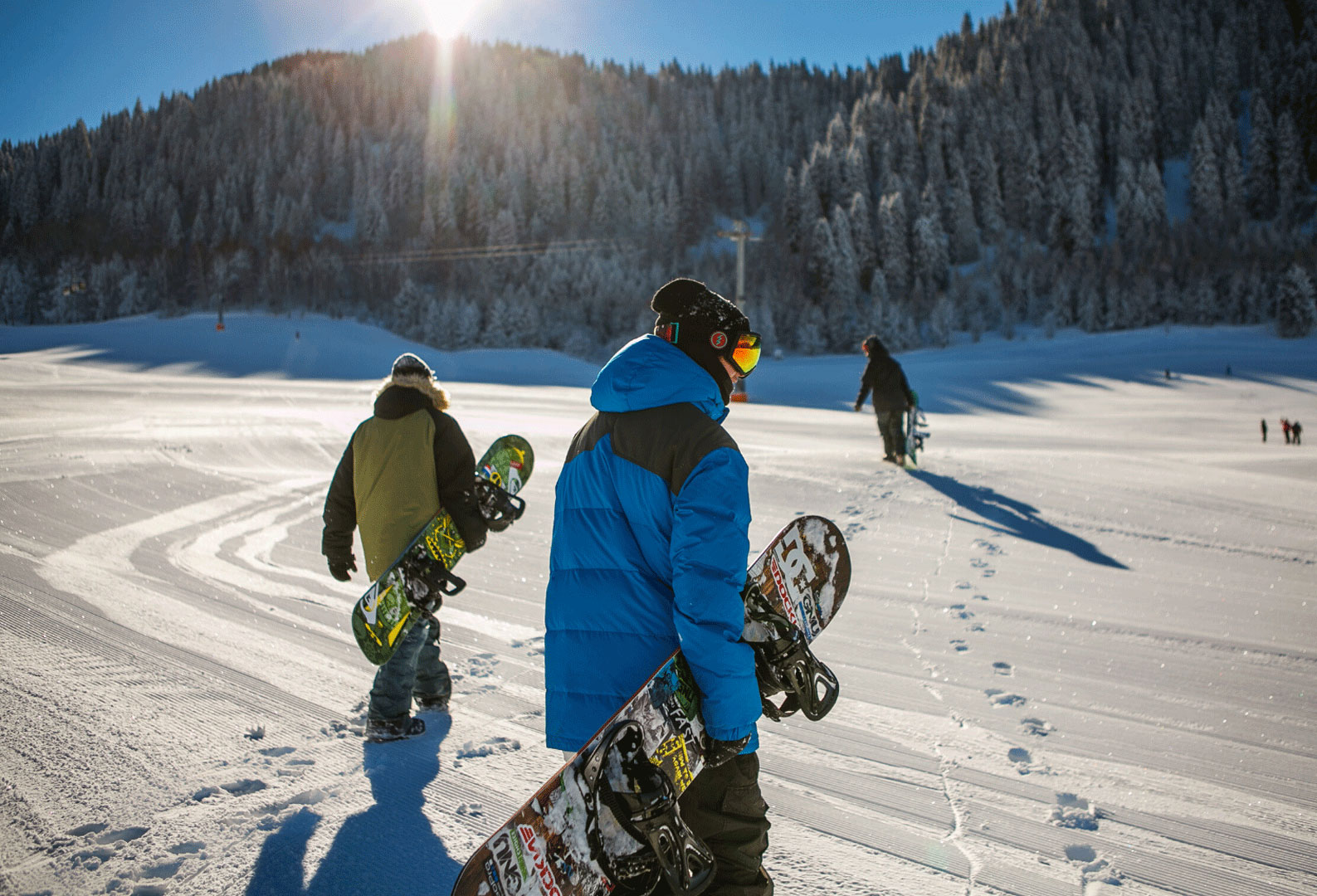 Canadian snowboarder and Olympic gold medalist Jasey-Jay Anderson is turning his passion for competition into a business.

Jasey-Jay Anderson spoke with our team at PaymentEvolution to provide insights on winning and achievement on an Olympic scale. Anderson is no stranger to success—the athlete remains Canada’s most decorated snowboarder, having won countless world championship competitions, including an Olympic gold medal.

Anderson highlighted three secrets for success that he used to become a Canadian icon; he now applies the three essentials in his custom snowboard business.

Anderson attributes his success in snowboarding competitions to his passion for the sport. Of course, everyone has their passions, but Anderson says that he has an obsession, “the more you do it, the more you learn about the intricacies of yourself.”

Pursuing the passion introduced a balance between Anderson’s hobby and his life; snowboarding quickly became an aspect that was a necessary part of his routine.

Anderson found himself so excited about a fresh layer of snow that he overlooked some essential parts of the sport. The fanatic needed a solution after failing to reach the podium in the Olympics of 1998, 2002, and 2006. As he searched for anything that could have been hindering his performance, he finally looked at his equipment. Noticing issues with the quality of equipment at the time, Anderson was able to transform his passion into a business that would grow to become Jasey-Jay Custom Snowboards.

Though much colder, Anderson’s path toward business is similar to some of our partners here at PayEvo. We love to hear of Canadian companies who translate their passions into a business, from those who are working to hire their first employee to the success stories with hundreds of employees. Igniting a passion and letting obsession guide the company is how we started PayEvo, and today it is our favourite type of story to hear from clients.

Anderson knew that his team had his back as he modelled his new equipment to compete in the 2010 Olympics. Though it required changes, having the proper support was crucial for the Olympians’ success: “you need the whole package to be able to move forward on your own.”

After failing to place in the previous three competitions, Anderson changed his strategy and regrouped for Vancouver’s 2010 Olympic Winter Games. After training under the same team for eight years, the snowboarder found a new coach, “just like raising a child, at one point, you have to let it go.”

The new coach used an unconventional style that relied on a belief in Anderson as a competitor. Although the coach knew that Anderson had all the knowledge, he identified a need for freedom to pursue his passion; not to be pressured to practice in an approach that harmed his love for the sport.

Working together, the supporting staff, new coach, and sports psychologist determined that Anderson was in a good headspace during the buildup for the Olympics. However, he lacked the freedom to tackle the problem from his perspective. Anderson quickly overcame hurdles that harmed his previous performances when granted the independence and trust to practice what he felt was necessary.

To win a gold medal at the 2010 Olympics was an immense success for Anderson, but the journey that brought him onto the podium was his biggest takeaway.

There are countless parallels between Anderson’s stories and our loved companies that use PaymentEvolution. In discussions after his speech, we thought of the need to provide the proper support for our customers—wherever we can help. We also discussed the significance of managing a product that creates support for businesses across Canada. Just as JJ Snowboards provides the right product for their fellow riders, PayEvo makes time and alleviates stress despite your company’s size or nature. We work to provide the support that our clients need to best pursue their passions.

The atmosphere in Vancouver during the 2010 Olympic finals was bleak. The Olympic Committee struggled with mild temperatures and a lack of snow for all downhill events. Red and white ponchos draped the crowd as a downpour of rain created highly unfavourable conditions for Anderson and his competitors on the day of the finals.

Anderson described the competition as intimidated by the icy conditions the rain created on their steep downhill. However, the Canadian did not let the circumstances trouble him. Instead, he attributes his win to an optimistic mindset: “it’s a simple thing, perspective, but you can use it to your advantage.”

Anderson said that a shift in mindset allowed him to take home Olympic gold after three previous attempts. He changed his perspective because of a reinvigorated passion for the sport and surrounding himself with the right team.

Anderson managed to slide to Olympic gold by a mere 0.35 seconds. Whether you find yourself racing down a hill of ice on the world stage—or finally achieving your first sale—sometimes the smallest successes make the biggest difference.

Jasey-Jay Anderson taught us the importance of understanding and pursuing our passions to find success. We know that we should be looking to surround ourselves with the best team and tools to facilitate success in every facet of life. We also learned that the right mindset is necessary to stand out from the crowd. Understanding your competition and having a goal of where you would like to see yourself and your business is crucial.

Anderson’s company is there for the athletes carving a half pipe, zipping down the parallel giant slalom, or for those just learning how to stay on their feet—Jasey-Jay Snowboards helps build the dream board for all skill levels.

Are you looking to follow Jasey-Jay’s tips? PayEvo provides the best tools to enable your business. Whether you’re looking to onboard employees who align with your vision or commend the team for their hard work, PayEvo is your trustable partner for efficient systems and solutions that empower all three of Anderson’s secrets. Ready to give our suite a spin? Our experts are on hand to walk you through it!